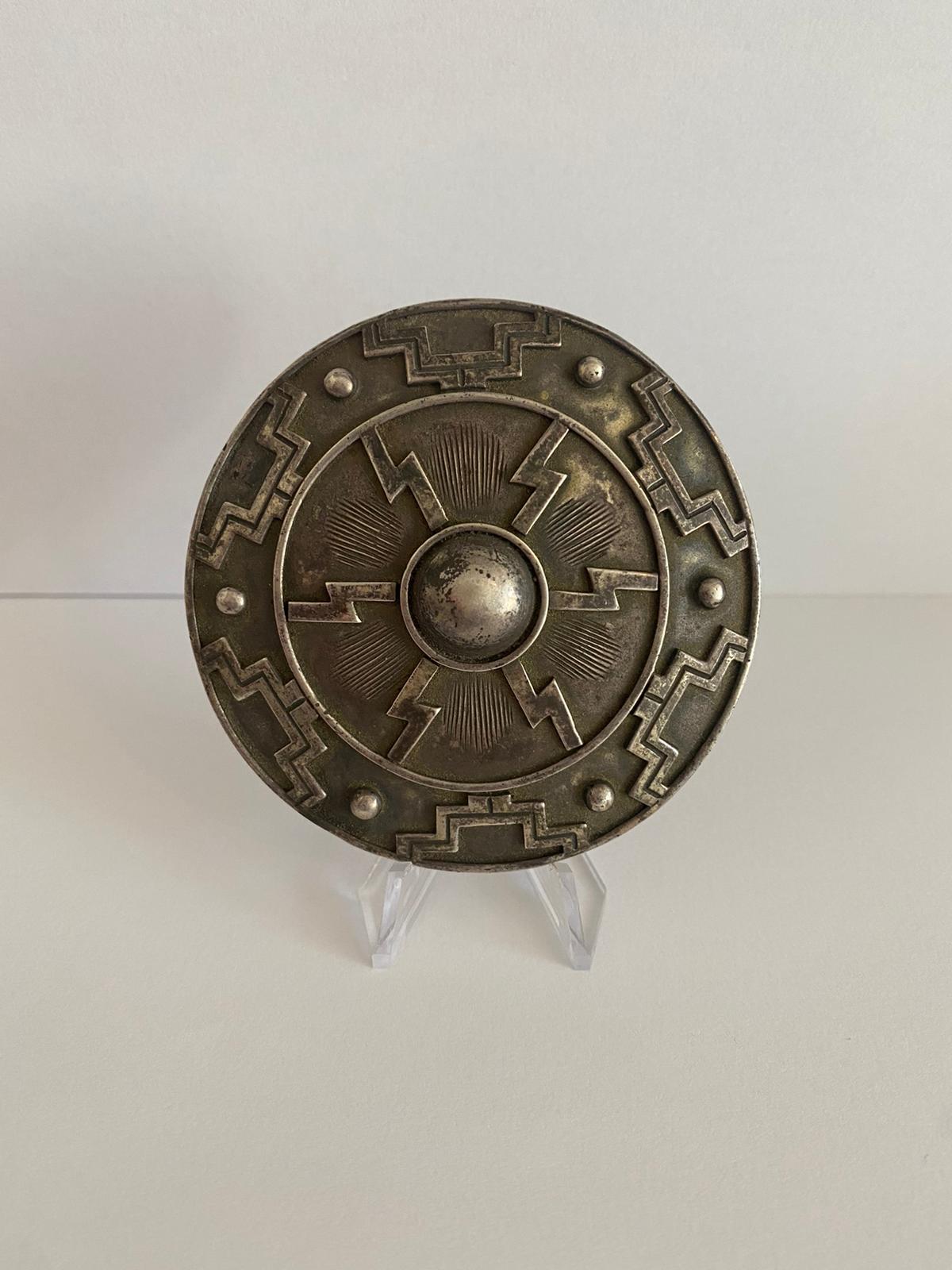 Ultra rare Otto and Karolina Gahr, a mother´s silver brooch, hand-hammered, partly patinated, the reverse with the SS runes of the Gahr workshop in an octagonal shield. With attachment pin. Diameter 70 mm.

It was be produced by the famous firm of Otto and Karolina Gahr at the suggestion of Himmler, who stated in an official communiqué that the design was very beautiful and he would welcome a gradual development in so far as every SS man who is married and whose wife has had a child should present her with this brooch. The brooch should be worn only by woman who have become mothers. The Mother’s Brooch would have had dual significance in that it showed that the wearer was a proud German mother, but also that she belonged to the elite SS order; therefore, the brooch would have been an almost spiritual symbol for said woman, as the Totenkopf honor ring was for the SS man. Its value as a piece of jewelry at the time would only be secondary next to the deep-seated, sacred value to the SS mythos. The Mother's Brooch went through several stages of design planning. At least three designs were proposed and they are shown on the cover of the book, Die Silberschmiede der NSDAP und der SS, The Silversmiths of the Nazi Party and the SS by A. Meyer and H. W. Schild. Of course this refers to Herr and Frau Gahr. The text within the book traces the history of various SS jewelry and includes the information about the evolvement of the SS Mother's Brooch. Another treatise was written in English by the well-known American author, Charles Barger, for inclusion in volume II of his book, Documents of the SS. Charles does a great job of recounting the saga of the original brooch. A copy of the article by Meyer and Schild will accompany the sale of this item as well as the Barger article. The incredible part now looms! In the German National Archives at Koblenz, Heinrich W. Schild, one of the authors of the aforementioned book, discovered seven letters of correspondence between Karolina Gahr and R. Brandt of the SS main personnel office concerning the Mother's Brooch. These letters were translated and are, of course, included. The letters discuss the various charges, samples, pricing, etc., to the Reichsführer-. In the final letter dated June 30, 1939, there is a notice to K. Gahr that the Reichsführer- will get back to the Gahr firm in autumn of that year. This is signed by Diefenbacher, SS-Sturmbahnführer, and acting staff leader of the SS's main office. The order for these items were marked on the boxes containing them Nach dem Krieg (After the war). It’s assumed that after this sample that was put into the aforementioned cupboard it was in fact the first one we sold and was the one that was earlier acquired by Dick van Heuvelen. That prototype had an elaborate safety device so that the important piece would not be lost. The design and depth of the runic figures are incredible--you could read it as one would read Braille! The whole presentation is blatantly Teutonic. The design was taken from various museum relics, particularly the war shields of the Cheruski, the brave warriors who soundly defeated the Roman legions led by General Varus in 9 AD at the Teutoburger Forest. In any case, here we have what is without a doubt the rarest SS relic ever to be offered to those who might be called specialists. For more infos see book: A. Meyer/H. W. Schild - Otto und Karolina Gahr, Die Silberschmiede der NSDAP und der SS 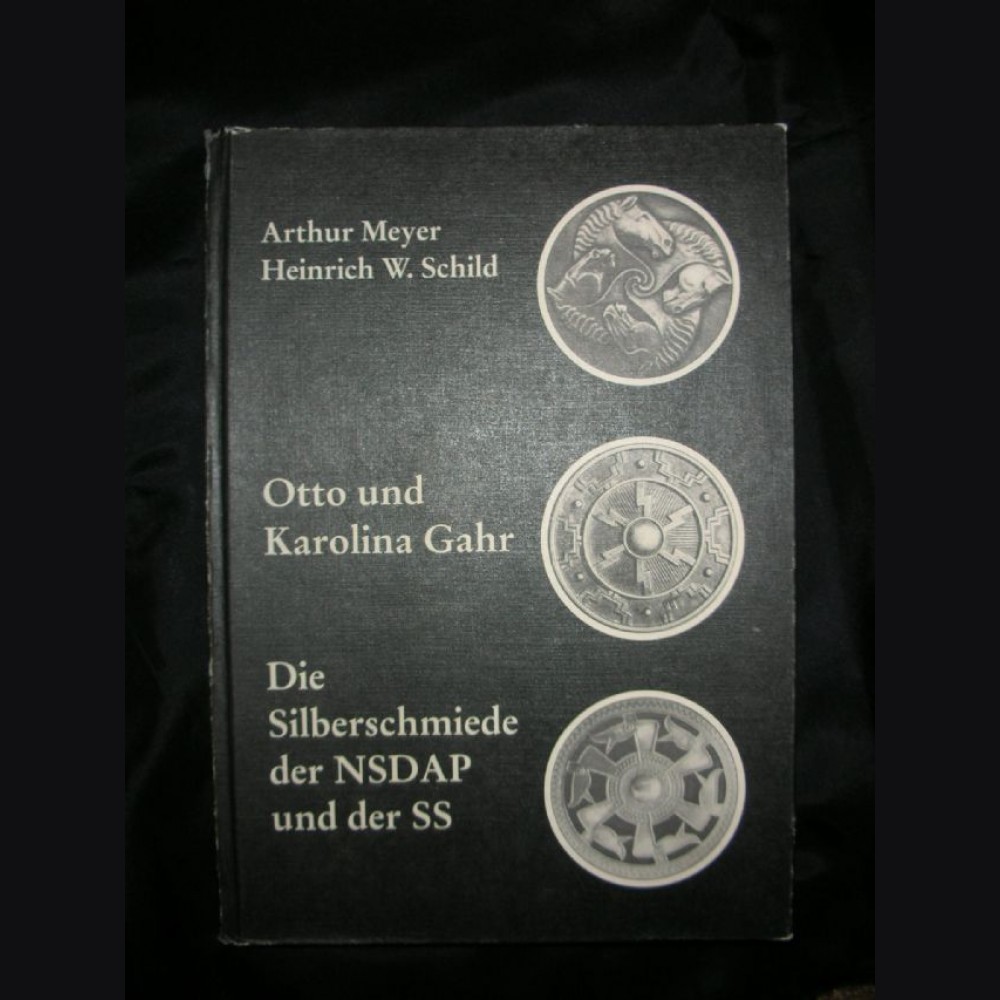